Akai’s iconic MPC sampler is the singular piece of gear that formed the sound of hip hop. While in the “golden era” it was the producer’s weapon of choice, it became replaced by easily accessible computer software.

Although various software packages allowed for expanded functionality that became hard to resist, the absence of the original MPC’s lo-fi sound, its swing and the unique in-the-box workflow impacted both producers and listeners.

Since then, companies like Native Instruments and Akai themselves tried to combine the best of both worlds by bringing hybrid systems to the market that would allow producers to control software with an MPC-inspired controller. While a huge step in the right direction, a bulky setup involving a computer, controller, external sound card, as well as cables and power supplies, was required. Composers still rely on looking at the screen and using the mouse as opposed to losing themselves in creating music.

Today we got access to pictures of an upcoming Akai product for this generation of music producers. It’s called the MPC Live and at first glance it looks like Akai’s previous generation, the MPC Touch.

Still having controller functionality with the new 2.0 MPC software, it also works as a standalone sampler. Being an in-the-box controller/computer hybrid allows VST software instrument compatibility.

Here are the specs:

Sounds like Akai listened to the scene’s needs. It will be interesting to witness how Akai’s biggest competitor, Native Instruments, will respond to the product. There is no information yet about the release date or the retail price. 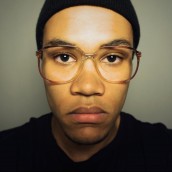