A surprise release for all Ghostly International fans as Tycho‘s Scott Hansen has released a new album completing the trilogy of LPs preceded by 2011’s Dive and 2014’s Awake.

“I’ve never been fond of handing in an album then waiting four months for it to be released,” stated Hansen. “I wanted to be more connected to the people consuming the music. There is a kind of visceral fulfillment you get from sharing something that you’ve just created with other people. That’s a very satisfying feeling as an artist.”

He also added: “All art is in some way shaped by the current state of the world around the person creating it so there’s an element of zeitgeist built into any album. We just finished mastering the album so it will be a month old when people hear it. I’m hoping people get a sense that this music is directly connected to the time they are experiencing it in.” 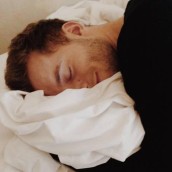